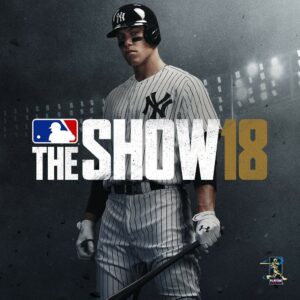 It's Going...Going...Gone from My Library!

Well, that was one busy semester. Now that it’s finally in the books, I can finally start blogging about my collection again. I’m a pretty big sports fan, and I’ve played basically every sport genre out there (save for handball, but I’ve been curious about that game). My favorite sport is probably baseball. I may or may not have cried on the field during Little League when I got caught trying to turn a double into a triple, but that’s another story for another day. In any event, I believe I got my start with baseball simulators in the late-80’s thanks to RBI Baseball for the NES. Then a whole slew of games popped up in the 90’s, including Ken Griffey Jr. Presents Major League Baseball, World Series Baseball and Triple Play for the Genesis, and then MLB 2000 for the PlayStation One. I think Triple Play was the first baseball simulator I played that allowed me to create myself. The customizable options were dreadful, but the game was still interesting nonetheless. Ultimately, of all these games, I invested the most time in MLB 2000 thanks to a Rockies team with a comically large budget. As systems became more powerful, sports simulators became even more prominent in the 2000s, but my favorite series was the short-lived MLB Power Pros for the PS2, Wii, and DS (the DS cut out many of the best modes, so play the series on the other systems). Since this blog is devoted to genre-melders, I’d be remiss if I didn’t point out that both versions of MLB Power Pros combined dating sim and role-playing elements into a baseball game! I can’t recommend the series enough, and if I rated either game, both would easily receive a 10/10.

However, MLB Power Pros is the only baseball series that I will return to regularly, and that is primarily because sports games simply don’t age well. Not only are the graphics in these earlier games archaic by today’s standards, the controls are also incredibly sluggish. Additionally, sports games tend to cannibalize themselves. By the time they are released, most of these games are in a race against time to stay relevant until the next installment is released a year later. It happens with every sport, including professional wrestling, so I usually never even attempt to pay full price for a new sports game.
MLB The Show 2018 is the first baseball game I’ve given a look in a couple of years, but it lost relevance once I picked up 2019 on PS Plus. In that regard, this review is sort of unfair due to what I described earlier about sports games, but there doesn’t seem to be any reason to continue playing it now that I already own the next installment. In other words, I can safely shelf this game and move on without much analysis. Having said that, The Road to the Show is pretty neat, especially if you like character customization and RPG elements in your sports simulators. Truthfully, I might have invested more time in this game if it were easier to swing a bat. When I first started the game, there wasn’t even a reticle to help the gamer guess pitch location. I eventually grew frustrated and found a YouTube video that explained which batting options were best for beginners. Unfortunately, even with a reticle, batting is still frustrating. If guessing pitch location wasn’t bad enough, the reticle is so large that there isn’t much indication as to where your ball is going to end up. I’m all for challenges, but when it’s easier to go to a batting cage and swing than it is to play a video game, my level of enjoyment is probably going to be negatively impacted.

In any event, I am shelving 2018, but I will offer a caveat that if I didn’t already own the latest installment, I’d be more willing to keep it around for a while. Will 2019 be a welcome addition, or will it be the exact same game? I guess time will tell. In the meantime, I just might return to MLB Power Pros for my baseball fix.