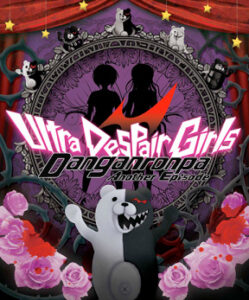 It is okay to admit that I have too many games and that I can put them down if I’m not feeling them.

I am back to playing new games in my library following my Suikoden V post. However, I cannot say that this latest game held my attention very long. I was late to the Danganronpa party as I discovered the series after playing Doki Doki Literature Club. I was hooked quickly because I was a fan of trial games like Phoenix Wright and the added element of Persona-esque social links made me want to get to know the characters throughout the game. Additionally, it was refreshing to play a game that was intellectually stimulating as many of the trials did not have softball answers. However, the added element of solving murders was simultaneously fascinating and depressing as it meant no character in the game was safe, especially the ones I liked. After playing the first game, I jumped into the second. Both games were equally strong, and I cannot say for certain which one is better.

While the first two games were easy to acquire, the third installment, Danganronpa V3: Killing Harmony, was a bit more difficult as it never seemed to go on sale. Once it did in the summer of 2018, I picked it up for the PlayStation 4. The third game is the most visually stunning of the series, but it has the worst story that teeters between infuriating and stupid over the course of every trial. In fact, the game’s denouement is the series’ biggest troll move, which may seem to indicate that Spike Chunsoft is content with shelving the franchise for the foreseeable future. Some people loved the ending while others found it polarizing. I am in the second camp because I will admit I hated it. Although I will not spoil the game for those who still wish to play it, the game essentially destroys its own story world to make a point about series that overstay their welcome. Cool, dudes…

In any event, a spin-off game called Danganronpa Another Episode: Ultra Despair Girls was released in 2014. Chances are I bought it during a Black Friday sale in November 2018, but I cannot be certain. I finally had time to play it, but I shelved it after an hour. Unlike the other games in this series, this spin-off does not utilize a trial system, nor does it utilize the dynamic visual novel elements that define the series. Instead, the game is essentially a 3rd person shooter that is mediocre at best. Monokumas (the diabolical bear found in every game) clutter your screen and you must shoot them with various “bullets.” I also did not like the protagonists. Komaru Naegi is the younger sister of the first game’s protagonist, Makoto Naegi, but she did not do anything particularly striking. Even worse, the game’s second protagonist, Toko Fukawa, is among my least favorite characters in the entire series. I will not spoil the narrative, but her story arc never appealed to me.

I was not feeling the gameplay, the characters, and the story (now some angry little kids want to rule the world or something), but perhaps my biggest problem with this game is after finishing V3, I’m still burned out with Danganronpa. Had I played the game earlier (perhaps after the second game), I might have been willing to give it a chance since I was still invested in the series. However, after completing V3, I get the sense that there is no longer a series to feel investment in, so there is no point in sacrificing time into something that I was not feeling from the jump.

I didn’t have high hopes for Ultra Despair Girls, but one of the reasons why I decided to play the game was because my PS4’s hard drive was running out of space. It was collecting digital cobwebs, so I figured it was time to fire it up. I quickly realized it was not for me and deleted it to make room for something else. Since my back log is so expansive, this measure was sort of cathartic. It was nice to admit that it is okay to stop playing a game if I am not enjoying it. Games are supposed to be fun and I am trying to find the hidden gems that are worth exalting for years to come. While I never expected Ultra Despair Girls to be a sleeper hit, there is probably a good game in here somewhere for gamers willing to play it. My advice would be to play the games in succession so that you do not encounter the same problem I had in which I lost interest in the entire franchise after completing what could very well be the series finale.